I, too, being human, haven’t escaped my own collection of quirky habits and annoying eccentricities. A recent poll taken of my closest peers brought agreement on one quirk in particular – the fact that I like to give all foreigners a genuine American welcome – I run them off the road with my car.

The birth of an oddball habit can be amusing to trace. Visitors to my home wonder why I own 20 washing machines and dryers. I tell them, “After years of never finding an empty machine in a laundromat, now I always do.”

During my childhood, my Mom always enjoyed livening up dinnertime by hiding a lit firecracker in my soup. Now, years later, I find it difficult to eat soup if it doesn’t explode in my face.

I don’t know why, but my Uncle Fred always reads the newspaper by shouting the news at the top of his lungs. “AND TODAY IN NORTH KOREA…” The neighbors tune in Uncle Fred instead of their televisions.

A friend has a preoccupation with introducing himself to homely girls and saying, “Words cannot possibly describe your beauty. So how about if we listen to a few screams instead?” (My friend is presently in the hospital with several broken bones.)

Eccentric habits and their development are a mystery. One expert suggests that the seed is planted early in life. Our father hits us and suddenly we have the urge to glue ourselves to a cat. Another expert claims that it’s biological in nature and suggests gene therapy as an answer. But how does that cure my Aunt Ellen’s habit of watching the world with one eye open at a time? Half the day she looks with just her right eye. The other half with her left.

There are habits that can be considered beneficial – liking dodging bullets. I inherited my older brother’s habit of driving backwards on a highway at 60 miles an hour. (It prevents accidents since other drivers get out of your way.) And, through personal experience, I’ve acquired the habit of never starting a campfire indoors unless it’s in a neighbor’s house.

Summing up, habits are like anything else. Some are good, Some are bad. And some create the look of fear on a person’s face. Those are the ones to be treasured. 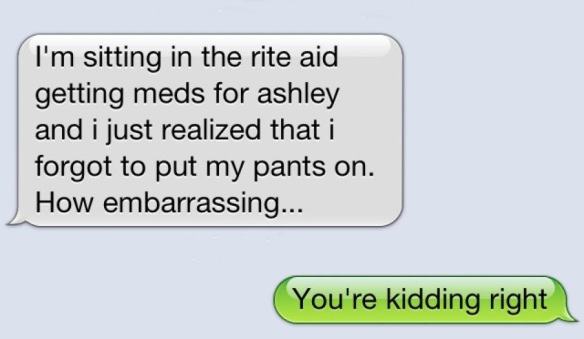 I returned from vacation a broken man. I left my 90 year old mother with instructions to fix my car and found her still working on the transmission. My spirits needed uplifting. Someone handed me a brochure of adult education lectures. This was my answer.
My first choice was “Yoga” but I arrived to class to find everyone making “Yogurt”. Obviously a typo. Next on the list was “Vegetarianism – How to Recognize a Vegetable When You See One”. I cancelled when I learned that I would also have to write a love poem to a cow.
As I procrastinated making a 3rd choice, friends spoke highly of the lectures they attended. One friend happily discovered at the “Right Brain/Left Brain” lecture that he had both halves.
Wednesday passed with still no decision. However I did notice a growth on my foot and scratched “Modern Dance” off the list.
I scanned the brochure one last time. One lecture jumped out at me, “Alien Addictions: Alcohol and Drug Abuse”. I sent in my check but it was returned stamped “not accepting earthlings”.
The series of lectures were coming to an end and I still hadn’t found something. Then I spotted the perfect one, “How to Fix Your Transmission – A Family Project”. Perfect! My Mom and my 95 year old Dad could finally get the job done.